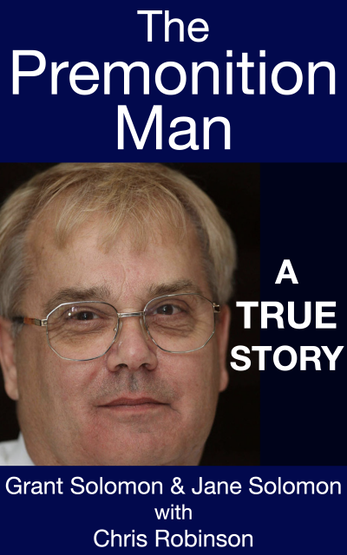 The  Premonition  Man
A TRUE STORY 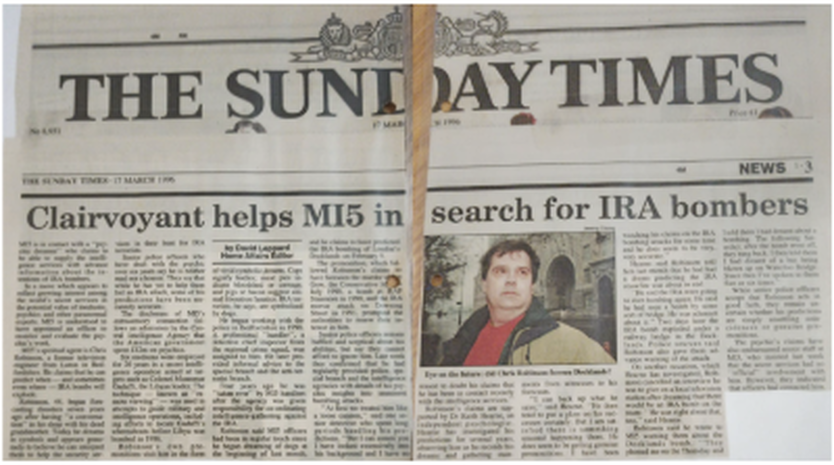 The Sunday Times – 17 March 1996
MI5 is in contact with a 'psychic dreamer' who claims to be able to supply the intelligence services with advance information about the intentions of IRA bombers.

In a move which appears to reflect growing interest among the world's secret services in the potential value of mediums, psychics, and other paranormal experts, MI5 is understood to have appointed an officer to monitor and evaluate the psychic's work.

MI5's spiritual agent is Chris Robinson, a former television engineer from Luton in Bedfordshire. He claims that he can predict when – and sometimes even where – IRA bombs will explode.​..

​Go to MEDIA page...
"There’s only one person in the world who started dreaming about the 9/11 attack six months before it happened . . . and notified the US embassy in London of the impending disaster two weeks before that fateful day.

The Americans didn’t listen, but they should have. For Christopher Robinson was the man that British Intelligence and Scotland Yard depended on to dream about the future and notify them of upcoming IRA bombing plans. They depended on Chris because he never missed telling them when and where an upcoming attack would take place. He has anticipated plane crashes days before the event, found deceased crime victims, found missing persons that the police couldn’t locate (and told me in the morning, with extraordinary accuracy, what was going to happen in that afternoon)!

Chris’s amazing ability to dream about the future in terms that can be reliably translated into people, times, places and activities has been the subject of books, major university scientific studies, films, articles, TV shows and just about all forms of media.
​
He has taught many people how to dream about the future and, through his advanced intuitive capabilities, helped thousands to understand how to deal with seemingly impossible personal situations. He is also a healer, having on numerous occasions led people with supposedly terminal conditions to eliminate those issues and return to a healthy life."
JOHN PETERSEN
Naval flight officer in the US Navy and Navy Reserve. Decorated veteran of Vietnam War and Persian Gulf War. Government and political experience includes: the National War College; the Institute for National Security Studies; the Office of the Secretary of Defense; and the National Security Council staff at the White House. Twice the runner-up candidate to be the Secretary of the Navy. Served in senior positions for a number of presidential political campaigns and was an elected delegate to the Democratic National Convention in 1984.
Video: John Petersen talks to Chris Robinson
"Chris is legit as a precog psychic. I will vouch for him. There's no question in my mind about it ... It’s what some people call ‘anomalous phenomena’. Through my work I got to know Chris Robinson, who’s a precognitive psychic. He has a unique ability. It’s still not well understood. He was having these dreams. And one of the dreams was the towers being hit. He’d actually gone to the US Embassy. And he had also gone to authorities in the UK. That information was openly shared with US Authorities. Prior to 9/11. And it was ignored."
TOM DRAKE
Senior Executive, US National Security Agency (Signals Intelligence). Decorated United States Air Force and United States Navy veteran. Whistleblower. 2011 recipient of the Ridenhour Prize for Truth-Telling. Co-recipient of Sam Adams Associates for Integrity in Intelligence (SAAII) award.
Video: Tom Drake talks about Chris Robinson 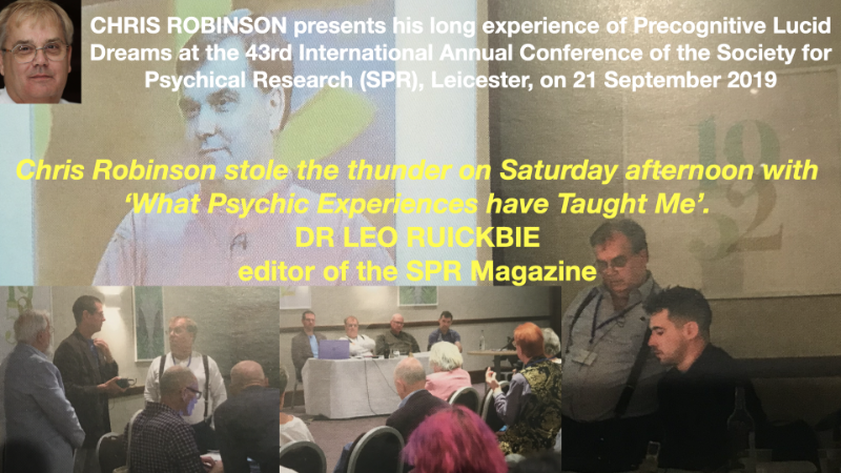 "Chris Robinson stole the thunder on Saturday afternoon with ‘What Psychic Experiences Have Taught Me’. Robinson, who was born with a congenital heart condition, died of a heart attack, aged 35. He had what I might call an ‘actual death experience’, during which he was told ‘you don’t need to breathe, you’re coming with us’. But he did not want to go with ‘them’: ‘if we let you go back, there is a condition, you will have to live in both worlds’ and so he did. From then on he had premonitions of, among other things, the Lockerbie Bombing (1988), the kidnapping of baby Alexandra Griffiths (1990), the murder of Jill Dando (1999), the 9/11 Islamic terrorist attacks (2001) and World War III (TBA). After Lockerbie, the powers-that-be took him to one side and, with some hint of threat, said ‘you could be a security risk… or you could be an amazing security asset’. He was taken seriously by the police and Customs and Excise (now Revenue and Customs), and the Security Service (MI5), and had his own telephone hotline installed. In November 1999 he [first] dreamt of hijacked aeroplanes being deliberately crashed into tall buildings, but his [many] warnings failed to prevent the destruction of the World Trade Center in New York two years later."
LEO RUICKBIE
Dr Leo Ruickbie, FRHistS, FRAI. Visiting Fellow in Psychology, University of Northampton. Director of the Bigelow Institute for Consciousness Studies (BICS). ‘Leading Historian and Sociologist of the Paranormal’ (Daily Express). Associate of King’s College London, where he gained his PhD. Author of several books as well as numerous articles and chapters in scholarly publications. Academic peer reviewer, exhibition curator, public speaker, and editor. Elected member of the Royal Historical Society, a Council member of the Society for Psychical Research, a committee member of the Gesellschaft für Anomalistik, (Society for Anomalistics), and a member of the Parapsychological Association, Societas Magica, the European Society for the Study of Western Esotericism, and the Royal Photographic Society. As editor of The Magazine of the Society for Psychical Research (MSPR), he wrote the above article in his ‘Report on the 43rd International Conference of the Society for Psychical Research’; about the (Leicester 2019) SPR event where authors, Grant Solomon and Jane Solomon, met Chris Robinson for the first time.